The exact origins of whisky in Scotland have been lost in the sands of time. Some speculate Christian monks from Ireland first introduced the Scots to the techniques of distilling. But there's no definitive proof of this.

What we do know, is that Scotland and whisky have gone hand and hand for a long time. The first records of whisky, then called the water of life, appear at the end of the 15th century and its production was likely an established practice by then.

The long history of whisky in Scotland means that the industry has seen the best of times and the worst of times.

Some of those difficult times came during the economic downturn of the late 2000s. From 2008 to 2011 there were 4 continuous years of stagnation or shrinkage in terms of the number of distilleries in Scotland. The worst of these years came in 2010 when only 3 new distilleries opened up while 21 shut down. 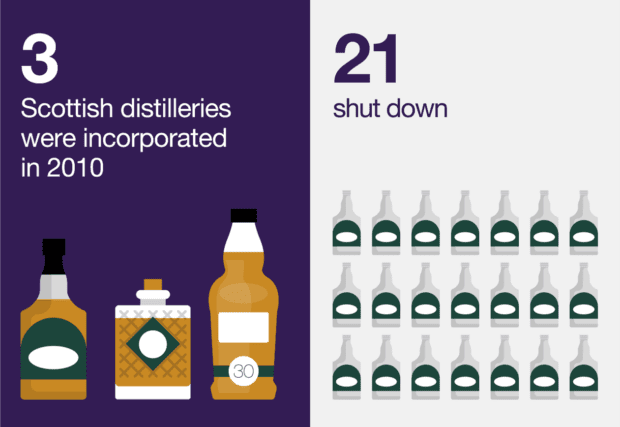 The Scottish distilling industry has, however, come back resoundingly as fresh faces infuse the age-old industry with new life. Three quarters (77%) of currently operating Scottish distilleries have been incorporated since 2010. 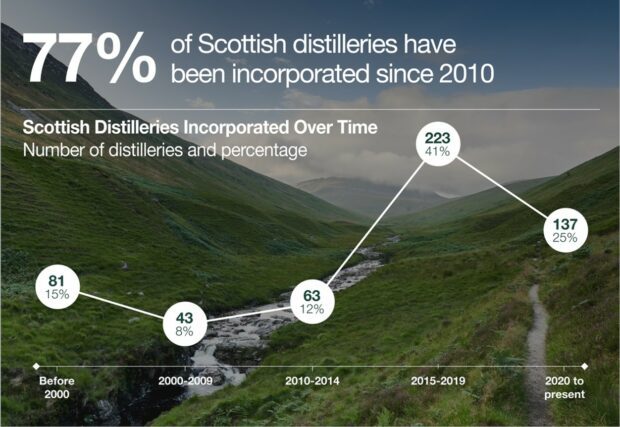 While the industry experienced relatively unrestrained growth in the first few years following the Great Recession of 2008 (177 new distilleries opened up while only 30 closed from 2012 to 2017), competition has tightened in the recent years. For example, although 22 Scottish distilleries closed in 2018 (the second highest of any year on record) the industry continued its growth, with 59 distilleries incorporated in 2018 still in operation today.

For such an old and distinguished industry, Scottish Distilleries have had quite a volatile decade. It was hit hard by the recession and began to shrink rapidly. Then it rebounded and rapidly expanded. And now it has become such a popular industry that, while the number of closures rival the recession years, it's still experiencing growth overall.

It seems that all the centuries have done little to drain the excitement out of Scottish whisky. 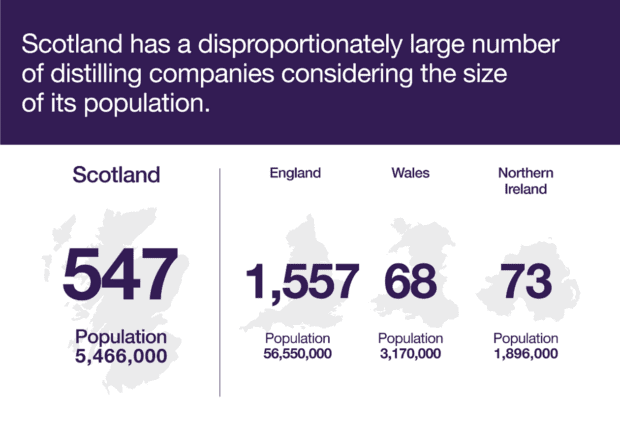 Spotlight on Isle of Arran Whisky

Among the distilleries that continue to fill the industry with revitalisation is Lochranza Distillery in the Isle of Arran - a location known for its rich history in illicit distilling and “a fine place to produce excellent whisky”, according to Isle of Arran Distillery’s Marketing Manager, Jaclyn McKie.

They're celebrating their 25th anniversary in 2020 and, though that may sound old, especially in an industry with so much recent turnover, Lochranza Distillery is a relative newcomer to a tradition dating back centuries.

This long and notable history, and their place within it, is taken very seriously by the Isle of Arran distillers. 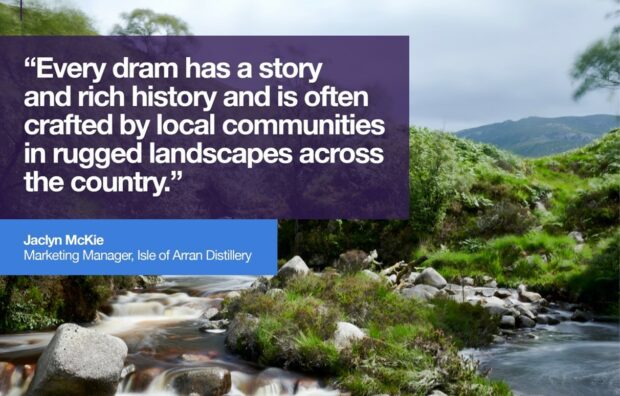 Scotch whisky is so much more than just a spirit in a glass, every dram has a story and rich history and is often crafted by local communities in rugged landscapes across the country. The expertise and patience needed is showcased in the great array of flavours and textures that are produced from a handful of simple ingredients. These stories resonate with drinkers around the world whenever they taste great Scotch whisky – it’s a way of capturing all of that passion in a glass.

Though the Scottish whisky industry has gone through some difficult periods, Jaclyn believes it “is now in a healthy position with interest from across the globe.”

She attributes this growing global interest to “the changing perceptions of the drink in recent years, the spirit now appeals to new and varied audiences, with younger drinkers in more countries discovering new ways to enjoy the spirit. It brings a whole new understanding and respect for the category as a whole.” 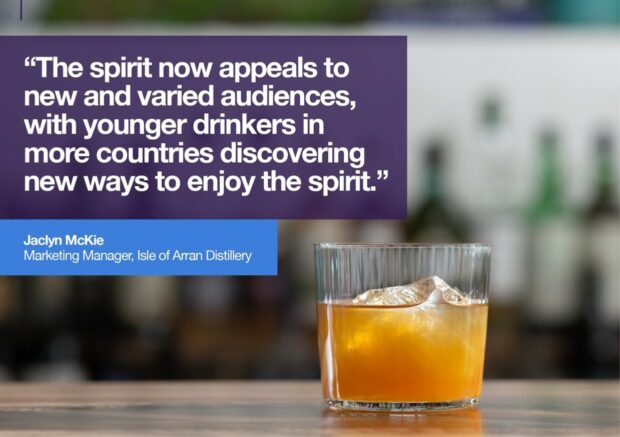 The coronavirus (COVID-19) pandemic has, in the case of Scotch whisky, shown that an old dog can indeed learn new tricks.

While the Isle of Arran Distillers, along with many others, were forced to close their doors temporarily earlier in the year, they have since bounced back. And they're finding new ways of reaching their community from afar. For example, to cater to their global community of whisky lovers in a safe and socially distanced way, they have grown their online presence.

Community is very important to us at the Isle of Arran Distillers. So like many others this year we have had to shift our focus to developing more of a virtual experience for Arran whisky lovers and bringing them together online. We have continued to support our customers worldwide by hosting online activities, whether it's virtual meet ups with our White Stag community, or hosting staff training and sales training over Microsoft Teams or Zoom. We have even taken part in an online whisky festival! 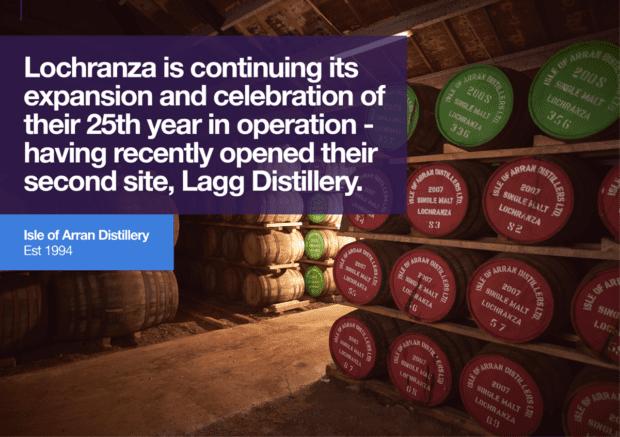 Jaclyn explains that, by its very nature, whisky is an industry that takes a long term view, and is “resilient to economic downturns”. So, despite current affairs, it seems to be an exciting time for the whisky business.

Lochranza is continuing its expansion and celebration of their 25th year in operation. They have recently opened their second “state-of-the-art” site, Lagg Distillery, located on the southernmost point of the Isle of Arran. They're also preparing to release their 25-year-old Arran single malt, their oldest whisky to date!

Scotch whisky has certainly persevered through difficult times in centuries long history. By staying true to their roots while also catering to a global community of whisky lovers, Lochranza Distillery and others are determined to make it through yet another tough time - the COVID-19 pandemic.

Located on the Isle of Arran, the award winning Lochranza Distillery and its recently opened sister distillery, Lagg Distillery, both strive to make whisky worthy of and influenced by the natural beauty of their home. You can find more information about their products at www.arranwhisky.com.