Sadly, for the office pranksters out there, 1 April falls this year on a Sunday. So, many of the hilarious pranks that were planned will have to wait until next year.

The origins of the day are uncertain. It may have started from the time when people would celebrate the end of winter by holding spring festivals. Or, some think it may have been even earlier, when Pope Gregory XIII wanted to introduce his new calendar. But, no matter how it originated, it's now recognised in many countries all over the world. 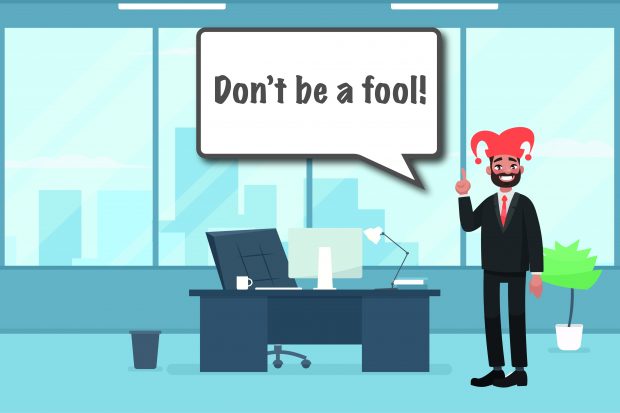 In the office environment, you need to be prepared for someone swapping over the keys on your computer keyboard, changing the language settings or turning your screen upside down (hold down the CTRL and ALT buttons, then hit the down arrow key). For the more adventurous are pranks using air horns, mustard and cress seeds - and of course, cling film.

The newspapers and media also like to get involved. Who can forget the spaghetti harvest as broadcast on Panorama, the San-Serif Islands in the Guardian and the New York City April fool’s day parade.

But remember, midday on the first is the cut off time. Anyone playing jokes after this time is considered a fool themselves.

Another way you can be a fool, is by missing the date for filing your company accounts, as there's an automatic penalty.

You can check your due date using our free service.

The period allowed for filing your company's accounts, depends on whether you're filing your first accounts since incorporation, or subsequent accounts.

If your private company’s first accounts cover a period of more than 12 months, you must send them to us within 21 months of the date of incorporation (18 months for public companies), or 3 months from the accounting reference date, whichever is the longer.

In subsequent years, a private company has 9 months from the end of the accounting reference period to file its accounts. A public company has 6 months.

Further information on accounting reference dates and the filing deadline is in our Filing your company's accounts guide.

If you're a director of the company, you're personally responsible for making sure you send us your accounts in the correct format. We must receive them before the time allowed runs out. If the accounts are late, a penalty is automatically issued.

Sign up for email reminders and you'll be prompted to file your accounts.

The penalties for a private limited company range from £150 for one month, up to £1,500 for 6 months, and these will double if you're late filing 2 years in a row. Failure to file confirmation statements, annual returns or accounts is a criminal offence, which can result in directors being fined personally in the criminal courts.

So, don’t be a fool. Allow enough time to make sure your accounts reach us within the period allowed. If a filing deadline expires on a Sunday, like April fool’s day, or a Bank Holiday, the law still requires accounts to be filed by the due date.

I’m off to find some cling film.