It’s at this time of year that a number of native species enter hibernation. These include some small mammals, such as dormice, hamsters and hedgehogs and many insects, amphibians and reptiles.

Now that you’ve read the first 2 lines of this blog, can I ask you to go back and read it again in the style of Sir David Attenborough. Thanks.

Continuing in that style. One of the lesser known species that can often be found in hibernation is the dormant company. Its natural habitat is the Companies House register, where after creation it rests with no significant accounting transactions.

A significant transaction is one that the company should enter into its accounting records. Providing no such transaction has occurred then the company can have dormant status.

The dormant company can remain in this state for an unlimited period but there are times when it must awaken from its slumber and see the light of day. Hibernators have an internal clock which allow the creature to awake depending on their species and habitat. 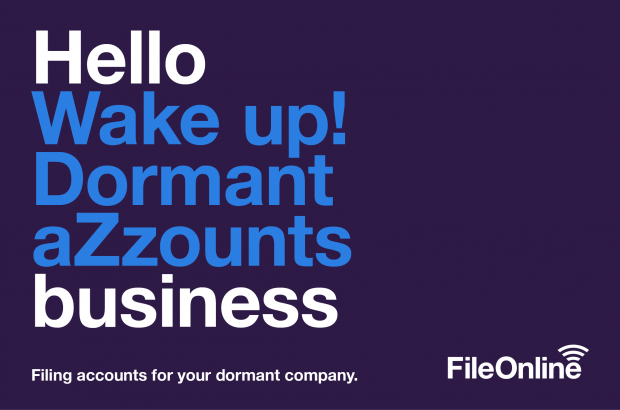 In most species there are external signals that indicate that it’s time to wake with the arrival of warmer temperatures. Unlike most species the dormant company does not get a physical reminder to awake - with the familiar sound of paper hitting the doormat now a thing of the past.

The dormant company must rely on the more futuristic digital reminder service adopted by the more forward-looking species.

The first of these awakening periods is the delivery of accounts to Companies House. This can occur at any time during the year and the dormant company will be stirred into activity by the chime of the reminder email landing into the inbox of the director and/or 3 others.

Of course, should the dormant company wish to check when they are likely to be disturbed to fulfil this requirement, the natural habitat of the register can be viewed at any time. The prudent dormant company will make a note of the date so that it does not miss the deadline.

It's important to note that the wellbeing of the dormant company is threatened, and its mere existence is put into jeopardy by the failure to supply these documents.

There seem to be several reasons why dormant accounts are not filed on time. One is that a dormant company is simply not in the forefront of directors’ minds, and another is the belief that dormant companies do not have to file accounts, even though the filing reminders, say that they do.

The fact that HMRC may not require accounts from a dormant company leads some directors to think that the same applies to Companies House.

All limited companies, whether they trade or not, must deliver accounts to Companies House. This includes dormant companies.

How the dormant company can file accounts

Filing dormant accounts is free, costs only arise if the dormant company fails to file on time and penalties are incurred. Non-compliance can lead to a fine and in the event of a serious breach, can lead to the company being struck off the register.

The second time the dormant company needs to shake off its state of suspended animation is to tell Companies House how it’s doing. It does this by filing a confirmation statement which is designed to give a snapshot of current information concerning the company and who’s involved with it.

In a recent poll, Sir David Attenborough topped the list of Britain and Irelands most appealing voices, with more than a quarter of the public voting for him. Thanks for indulging.