It’s May already, where has the year gone? At least we have the FA Cup final to look forward to. This year sees the ultimate prize in English domestic football being played at Wembley Stadium on 5 May. Yes, that is the correct date.

The first winners of the competition, when it was previously called the Mitre Challenge Cup, were Southampton – beating Stewarton & Thistle 4-1, at the Crystal Palace National Sports Centre. 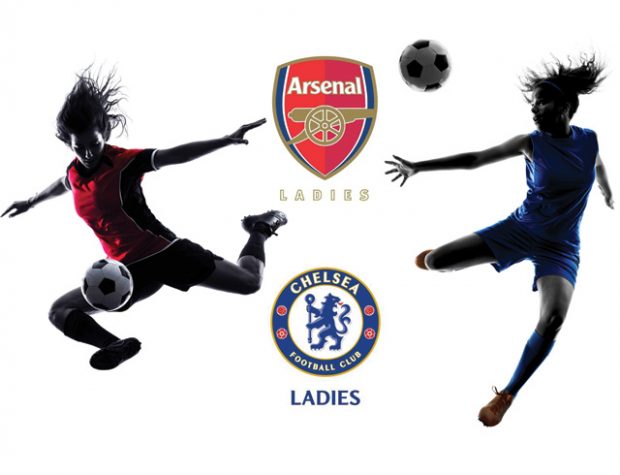 This year will see Arsenal take on Chelsea for the glory of lifting the trophy in front of over 40,000 fans. The SSE Women’s FA Cup has been around since 1970, but has only recently been played at the home of English football. But, as the players walk onto the hallowed turf, how many will be wearing black boots?

Over the past 20 years, there seems to have been an explosion of coloured footwear. From the kids playing in the park, to the professional game. It seems that the more outrageous the colour, the better. So, where did it all begin?

Football boots have been with us for hundreds of years. King Henry VIII’s football boots, made by his personal shoemaker, were listed on the Great Wardrobe of 1526 – a shopping list of the day. What team he played for, and what position – I don’t know.

Roll on another few hundred years, to the beginning of the 20th century and the formation of several football boot manufacturing companies. The Bozeat Boot Company, now known as Gola (1905) and the Danish football boot maker Messmer & Co, now Hummel (1923) are two of the first manufacturers who are still producing footwear today (and still on the Companies House register).

Styles and materials have changed over the years, but who was responsible for the change in colour? Surprisingly, the first non-black boots go back all the way to 1970, and can be blamed on Hummel.  Worn by Alan Ball in the 1970 Charity shield, the distinctive white boots helped Everton to a 2-1 win over Chelsea. After the match, 12,000 pairs of white boots were sold.

The mid-nineties really saw the breakthrough of coloured footwear, and today every colour under the sun is available. But, is there any significance to the colour? According to leading sports psychologist, Dr Martin Perry, there is.

If you ooze talent, then white boots should be your choice. Not afraid to show your class, the white knight there to rescue a lost cause, demanding and expecting the ball.

Impetuous, impulsive, some might say reckless or hot headed? Red is your colour. But, be careful – it’s also the colour of the card the referee could be showing you.

Energetic, enthusiastic, entertaining? Yellow should be your choice. Keeping teammates amused with your antics, the life and soul of the party.

Been around the block a few times, calm under pressure, experience oozes from every pass. Blue is the preferred choice for the veteran.

Tune-in at 5:30pm on 5 May to see what colour boots will be worn, and who will win the coveted trophy. There's also some other match taking place on 18 May that you could be interested in.

Being a Gillingham supporter, the chances of winning a cup are quite remote. Although, we have been to Wembley for 3 play-off finals.

One of these days (these boots).